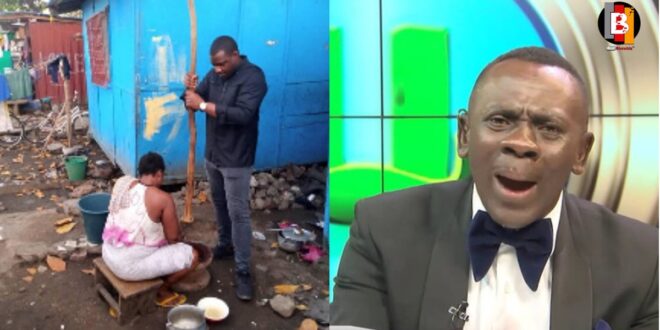 Akrobeto during his Real News program went ahead and congratulated John Dumelo even though he didn’t win saying he fought a good fight.

he went ahead to tell Dumelo that he should never give up since the next four years could be his year.

adding that nobody knows what is within a person’s head (mind), John Dumelo shouldn’t help girls as he did during his campaign since they already know who they will vote for.

let’s not forget during John Dumelo’s campaign, he did a very good groundwork as he went equal with the people and helped them out with their activities all for their votes.

yet still he didn’t win but pulled out with a massive outcome. Akrobeto says he shouldn’t pond fufu for ladies again.