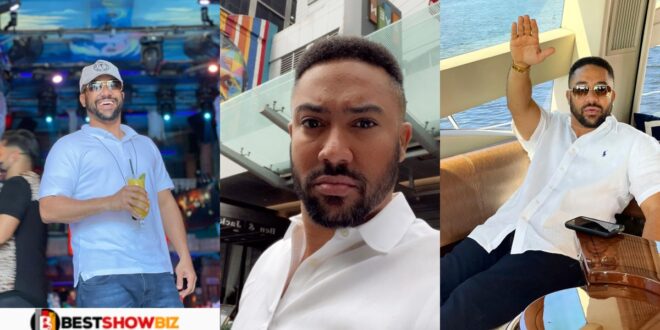 Majid Michel, a frustrated actor, has lashed out at Ghanaian celebrities who are currently in trouble with the authorities.

Funny Face, AMG Medikal, and Shatta Wale, the self-proclaimed dancehall king, are just three of the celebrities who have been jailed in the last week.

Due to his well-known mental health difficulties, Funny Face was referred to the Accra Psychiatric Hospital for evaluation.

Meanwhile, Shatta Wale and Medikal were held on remand for several days before being freed on bail today.

In a lengthy article, he stated that regulations could be disregarded but that the law must be followed at all times.

Those who transgress the law, according to Michel, must face the repercussions of their actions.

He wrote:
“You can mess around with rules. you can even break them if you want. But Laws, you don’t mess around with Laws! Listen, you don’t break the Law. The Law breaks you. You don’t say I violated the law. You don’t violate laws. Laws violate you if you try to violate them. Laws are different from rules. Rules are customs, limitations and boundaries, created by men,Laws are there to protect you not to restrict you. Successful people always break the rules for the sake of the Law. Know the difference between laws and rules and you will stay safe and successful,”Don’t forget, Laws are not invented. They are discovered. Find them!! #GodGivesLaws #NotRules #LawFace #LEADERSHiP