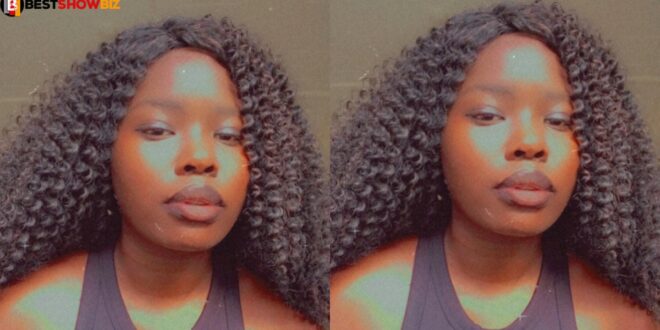 Sharon Godwin is one of those people who believes that a good lady should always be kept, even if she sleeps with another man.

If such a lady sleeps with another man, she believes it was either a mistake or that she was compelled to do it.

As a result, guys are urged not to send a good female packing simply because she let someone on top of her. Sharon Godwin feels that such an error may be rectified and that it should never be the justification for allowing her to leave.

She expressed herself as follows:

Don’t lose a good woman because someone mistakenly slept with her.

When the men came after Sharon Godwin for supporting immorality and cheating in relationships, she stood firm in support of the ladies.

Men, she claims, cheat on their partners and return with their sorry asses to plead, but they are not willing to accept women who drift apart in a relationship.

She sparked the flames by writing:

Honestly y’all are hypocrites. Men sleep around. Men fuck countless women and still come back to their girl & expect her to forgive him. But when a woman does the same, more so by mistake it’s a crime? Sometimes a woman can accidentally fuck another guy. It’s normal

So, how many guys are willing to accept a woman who has slept with another man as a girlfriend or wife?

Check Out This Video: