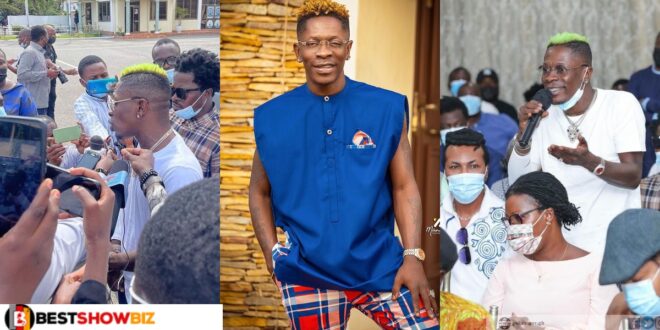 Shatta Wale attempted to explain his attire choice when he and other industry players were invited to meet with Inspector General of Police George Akufo Damapre and the police administration.

People, he claims, have preconceptions about who he is based on his hairstyle, clothing, and overall personality.

After the meeting with the IGP, Shatta Wale explained that people shouldn’t have expected him to dress in a suit and tie because he was meeting with the IGP. He maintained that as an entertainer, he is entitled to live his life as such and that his lifestyle does not imply that he is a rogue or irresponsible.

“For instance, when I wear this to a place, people assume I am irresponsible based on how I appear. “I am an entertainer, and we must be allowed to live as such,” he explained.

According to him, his work as an entertainer dictated his attire, so he was under no obligation to dress more formally because he had been invited by the IGP.

“I believe we should be allowed to pursue our artistic dreams.” IGP knows who I am, so I didn’t need to dress up. “This is my job, and this is my uniform,” Shatta Wale explained.