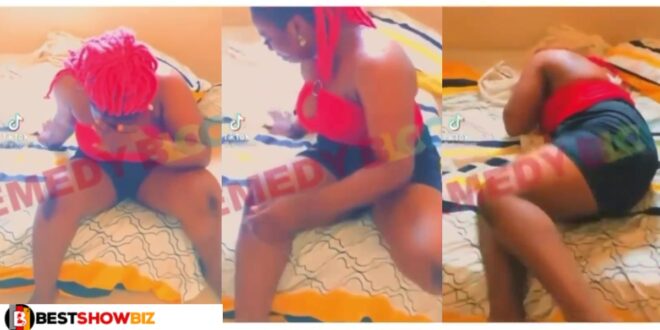 “Don’t cry here, if you love him why did you break up with him!?” – ladies scold their friend for crying after leaving her boyfriend (video)

A lady couldn’t stop crying shortly after breaking up with her boyfriend, which irritated her friends who were present during the drama.

In a related video, a Nigerian woman identified as Divine ended her relationship with her man over the phone, and she unexpectedly burst into tears moments later.

Just as you might be wondering why she was crying when she was the one who initiated the breakup, her friends were wondering the same thing because her behavior was unexpected.

Her friends then advised her to call her man and make amends with him.