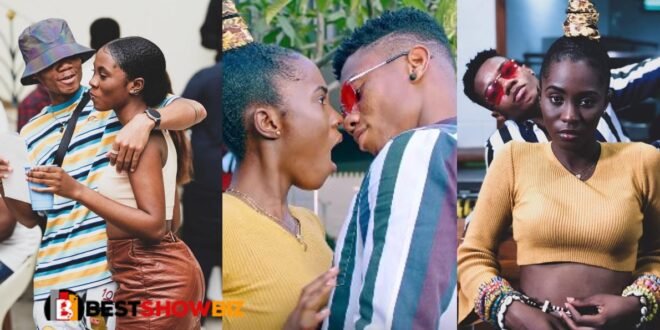 Christie Quincyna Quarcoopome, also known as Cina Soul, a Ghanaian singer, has stated that it should not surprise anyone if she marries her colleague, singer Kidi.

Cina Soul said in an interview with Accra-based Okay FM’s Ola Michaels that she had known Kidi since their university days.

Kidi, she claims, has been extremely helpful in her singing career, and the two share a close connection.

Cina Soul stated that she did not regard Kidi as an elder brother helping her through the music profession, but rather as a friend.

She went on to say that they were really fond of one another and had a lot of fun together at every chance.

Read Also  Shocking: Here is the woman with the World's Longest Fingernails

When asked about their connection, Cina Soul stated she was not going to rule anything out or claim they were not cool with one another.

Cina Soul further said that accepting Kidi’s proposal and marrying him would not surprise her.

watch the video of her interview below;