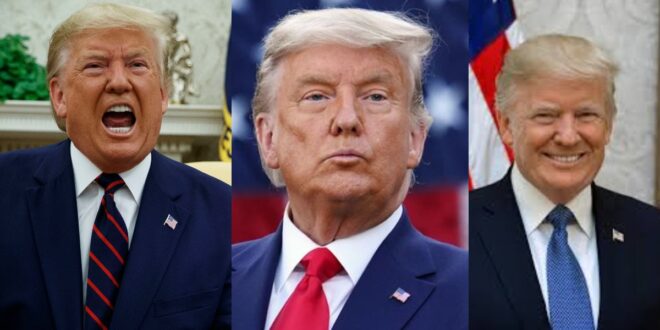 We shall be back – Last message from Donald Trump to Americans

while leaving the White House, Trump left a farewell message to the people of America.

in his farewell message, Donald Trump says he feels so grateful and honored for the opportunity to serve his people for a whole of 4 years.

He also made a projection optimistically that he will be back to the White House in 4 years’ time.

Donald Trump while speaking to a congregation of Democrats and Americans in Maryland, he has laid down a solid foundation that will guarantee the success of Joe Biden and Kamala Harris as they take the seat.