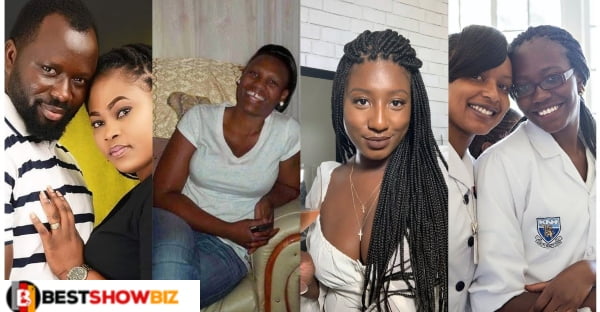 Joyce Blessing has garnered some public support in the wake of her recent marriage and DNA test controversy.

The award-winning female gospel act has lately made headlines due to rumors that one of her three children is not her husband’s, as per an alleged DNA test result.

However, other ladies believe that the latest DNA controversy surrounding the musician and her estranged spouse is only one of the temptations that those who serve God face.

Market women in Accra’s core business sector expressed nothing but praise for the gospel singer who recently made headlines.

“If she has vowed to take up the cross of Jesus then she should not be concerned about what people are saying. If she knows she has a clean heart before God, she should forget about it and focus on God,” a trader told Oman Channel.

Read Also  'Eii maame, where is your brḛằst?"- Netizens ask Cina Soul after she posted these beautiful images of herself

Another also said “people will always talk about you. So she should forget about it and focus on her work. What at all has not happened before in Ghana.”

Another trader who supported the female musician’s stance on the infidelity charges suggested the whole thing may be the product of her critics. As a result, she advised her to put her focus on her work rather than on the accusations.

“People will say anything just to tarnish your image. Matters of truth do not spread like lies. It can be from people who are seeking to disgrace her.”

“The gospel ministry comes with challenges. Some people also don’t like to see others prosper and so they do just everything to bring you down once they see you going forward,” she stated.

“I will urge her to be strong. It is a temptation that comes with worshipping God, and so when it happens, she should cast her mind back. She should not allow her emotions to overcome her but rather let God lead her as a Christian,” she added.