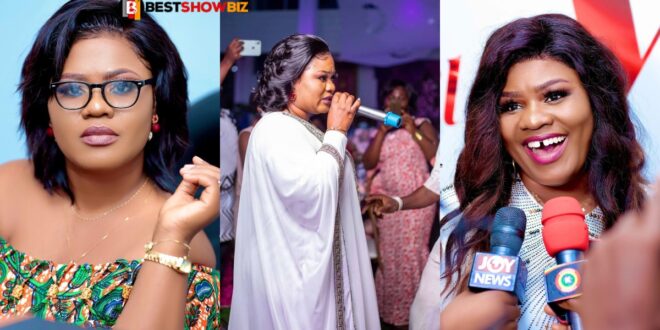 “Doing makeups is not a sin”- Obaapa Christy (video)

In response to certain Christians’ labeling of make-up as a sin, gospel musician Obaapa Christy has spoken out against the practice.

Obaapa Christy addressed the issue prior to her interview on Accra Fm, stating that just because you don’t know how to do something doesn’t make it a sin.

In addition, several gospel musicians and pastors have claimed that wearing make-up is inappropriate for Christians and can potentially land you in hell.

Because the motivation behind whatever you do determines whether or not it’s a sin, she claims the make-up she wears is to honor God and is backed by the Holy Spirit, making it a non-sinful choice.