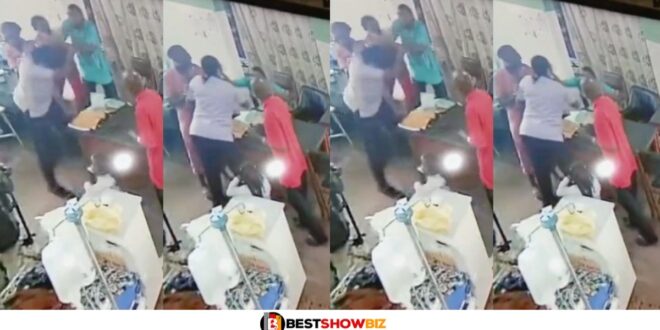 The CCTV tape of the time a nurse unexpectedly smacked a house officer (doctor) during an altercation has recently been made public on the internet, and it has quickly gained widespread attention.

It was unclear what caused the fight or what exactly they talked over; however, one thing that was evident was that the doctor did not take the slap lightly, as shown in the clip.

The stunned physician immediately responded to the slap with two of his own blistering slaps.

The video that was first published on Twitter included a caption that suggested all workplaces should have CCTV cameras installed in order to record serious moments such as this one in the event that false charges are being pressed.

The caption read; “All work places must have CCTV for cases like this. This is a Nurse slapping a Doctor first and he retaliated. No one would have believed him.”