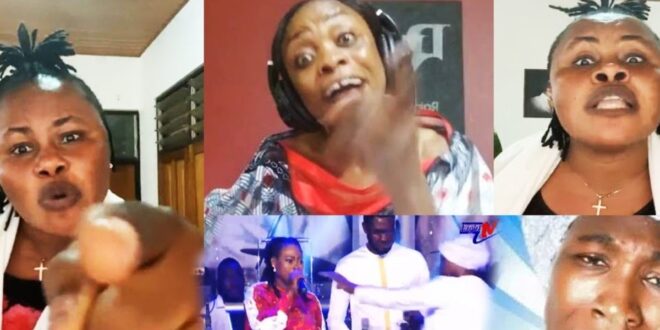 According to Anita Afriyie in a video that is fast circulating online, Diana Asamoah is a witch.

she said this after she was reacting to a viral video of Diana Asamoah telling people to insult Cecilia marfo and slap her should she delete them like Joyce blessing.

Anita Afriyie would have been content with Diana Said, but Diana Asamoah used the opportunity to insult the new wave of gospel artists.

In the video that’s Diana Asamoah made she disclose that Anita a free had a smelly wig when they met at an event.

Diana Asamoah certainly picked the wrong fights as Anita has responded to her with printable words.

The video below sums up the whole story, we are surprised at how the gospel artists of the country are fighting each other.