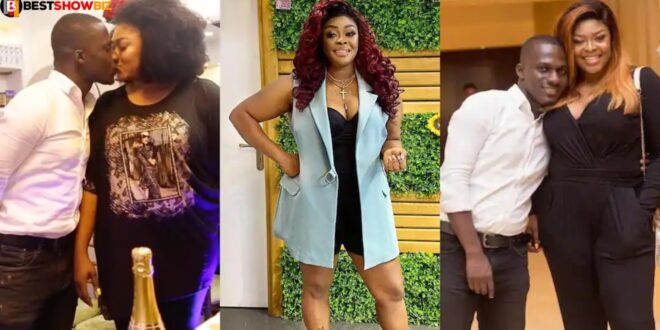 Details: Zionfelix’s girlfriend, Mina allegedly has a 20-Year-Old son but lied to him

Zionfelix, a Ghanaian blogger, has been trending nonstop since news of his secret engagement to Erica, an Italian Ghanaian gospel singer, broke.

He has been exposed for being in a love triangle and playing two attractive females at the same time, Mina and Erica.

The females involved in this drama, on the other hand, are hell-bent on saving their connection with Zionfelix and becoming his wife.

When Zionfeli became 30 years old, the two females all claimed to be in a romantic relationship with him on social media. To honor him, they both posted images of them together and heartfelt remarks.

However, things appear to be difficult for Zionfelix’s first girlfriend, Mina, at the moment.

According to rumors, Zionfelix’s family, particularly his parents, prefer Erica over Mina, which is why they accompanied him to visit her family for knocking.

There are also accusations that Mina has a 20-year-old son who lied to Zionfelix about his age. And while Zion is believed to be sceptical about a born one lady, he became engaged to Mina before he was informed.

Mina is also rumored to be unable to cook and to have a pretentious personality, thus she is disliked by Zionfelix’s family.