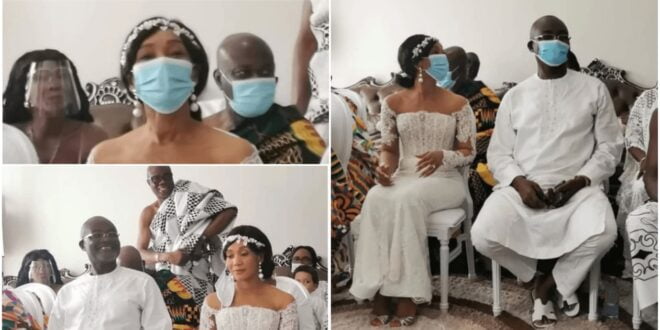 This report went viral after Maame Duodua Appiahkorang, who’s obviously a member of the NPP, posted a picture of the member of parliament congratulating him.

From our checks, the reports that Kennedy has married again are false and that the lady was his second wife called Christi.

Christi and Kennedy already have 4 kids and the viral pictures were from their wedding ceremony some years ago.