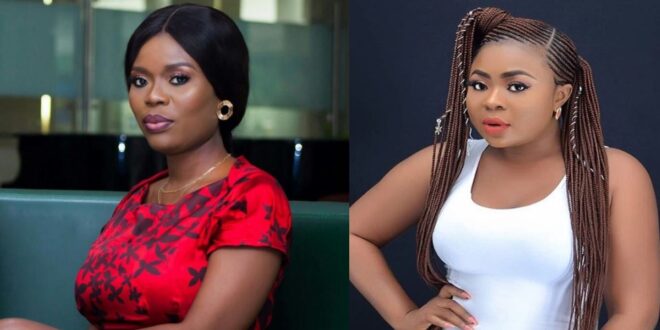 It can be recalled that Adu Safowaa said in an interview with Kingdom FM’s Fiifi Pratt about two weeks ago that she does not consider Delay to be a role model.

She claims she says this because Delay has worked in the media for a long time, but she has little to back up her assertion.

Delay, she claims, doesn’t even have a studio where she works; instead, she conducts interviews in people’s restaurants or homes.

Fiifi dont deceive the public, unlike Emelia Brobbey who has her own Mini water factory and studio, Delay as nothing. How can someone like that be called a role model” she said

Delay has eventually responded, and she claims that her job is to interview people, and that it doesn’t matter where or who she interviews as long as she gets a figure.

“I can even decide to interview people beside the gutter, at the end of the day, accomplishing my job as a presenter is what matters” she said.

A post shared by THE BIG MAN IN THE BUSINESS (@delayghana)