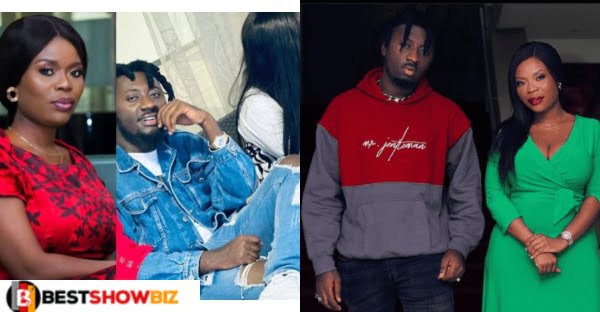 Delay reveals she is not like other women but goes for what she wants. That’s why she is dating Amerado

Delay has come out again to clear up any confusion about her relationship status with Amerado Burner.

The two celebrities have been trending for a few days now after officially confirming rumors that they are dating.

Amerado sparked the craze on Monday, December 13th, 2021, by uploading a photo of Delay with love emoticons.

He also stated unequivocally that, in his opinion, age is simply a number, in response to Ghanaians’ concerns over the two of them’s vast age disparities.

As previously said, Amerado is 26 years old, whereas Delay is 39, almost 40 years old.

Amerado stated unequivocally that he doesn’t care, that Delay is now his sweetheart.

She has finally stepped out to make her point as clear as day.

With both her and Amerado trending, Delay has chosen to write a post in which she explains her reasoning for coming after the young musician.

When she finds something she wants, she goes after it, gets it, and keeps it, according to her.

“My attitude towards life: I see something, I like it, I take it, I keep it!” Delay said.

My attitude towards life:

I see something,
I like it,
I take it,
I keep it! #thedelayshow#delaymackerel#delaysardines#delayspaghetti#delayshito pic.twitter.com/wAcq2ZLSxn

It’s not a coincidence that she’s posting this at the time she’s trending with Amerado.

She’s telling you why she’s taking him and we have to accept it whether we like it or not.