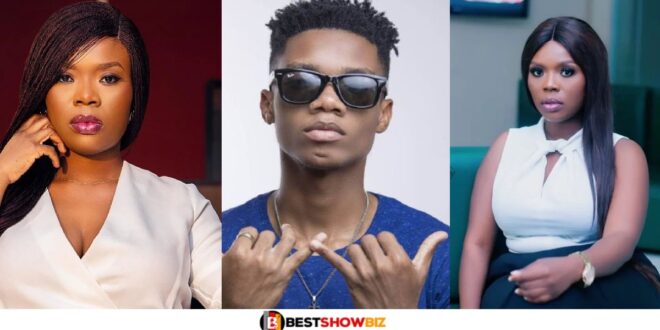 Delay react to Kidi’s tweet saying she was an illiterate

The well-known media personality Deloris Frimpong Manso, better known by her stage name Delay, has responded to one of KiDi’s old tweets about her.

In 2012, the platinum-selling singer KiDi tweeted that he believed Delay was illiterate.

The tweets that had been posted by KiDi in the past became rediscoverable on the social media platforms.

One of the older tweets that takes a jab at several people, like former President Mahama, Akufo-Addo, and Sarkodie, amongst others.

In response to the tweet, Delay stated that illiteracy is not a crime and that, despite the fact that KiDi believes as such, she has been successful in life even though she is illiterate.