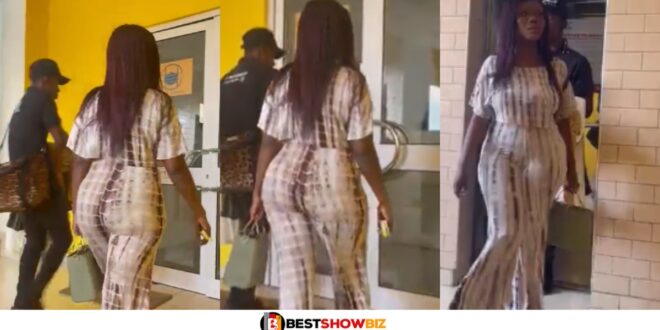 The Ghanaian television personality Deloris Frimpong Manso, better known by her stage as “Delay,” is without a doubt one of the most authoritative faces in the country.

She has put in a lot of effort, which has paid off in the form of a good job and a thriving business that she owns. Her physique is absolutely banging.

Unfortunately, the successful television personality is occasionally mocked for her open love life.

In recent weeks, rumours have circulated that she is dating Ghanaian rapper Amerado, who seems to be enjoying the attention they are receiving.

The well-known television personality uploaded a video to her official Twitter account a few hours ago, along with an accompanying commentary that provided an explanation of her most recent signed contracts.

Read Also  "Delay begged me to come back after I walked out of her interview"- Dr. UN

Despite this, internet users had a variety of perspectives on the matter since they were preoccupied with Delay’s body.

In response to the video, a handful of them voiced their thoughts and opinions. Have a look at them down below.

see some of the reactions blow: