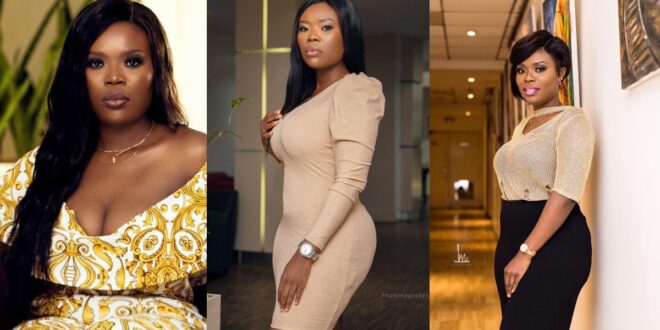 Deloris Frimpong Manson, better known as Delay, a media personality, has revealed that she has taken seed, with great news expected in the coming months.

This is clearly a happy occurrence for the on-air television personality and her followers, but it seems that the birth the TV personality is referring to is not the typical pregnancy we are familiar with.

Taking a closer look at her caption, it seems that the TV show host is bragging about becoming pregnant with too many potential prospects.

She confirmed that she has written about pregnancy and that she will share exciting news with her fans and followers in the coming months.

The tv figure, who is over 35 years old, is one of the few Ghanaian celebrities who have managed to keep their private lives hidden from the public eye.

Delay is usually seen with a ring on her finger, but it is unclear if she is married and has children because her personal life has been kept secret.