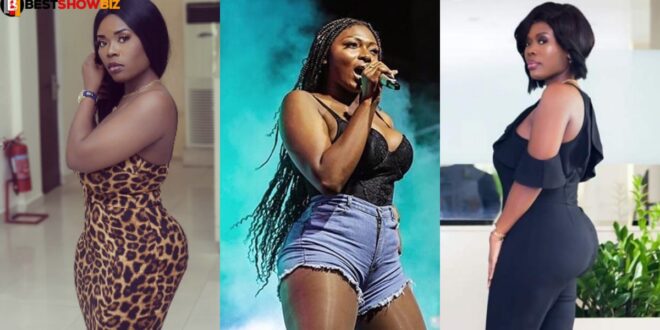 Tricky Delay has caught yet another rat in her ‘bayla trap,’ this time in the form of artist Sefa.

Appearing on Delay’s Show is a crucible for any seasoned performer, let alone a newcomer like Sefa.

In an appearance on the “Delay Show,” she discovered the hard way why Delay is described as a brilliant interviewer.

Delay put Sefa on the spot by questioning her about her augmentation operations.

Delay attempted to learn if any work had been done on Sefa’s body, but she flatly denied it.

The obnoxious presenter, on the other hand, arrived with her receipts.

She inquired as to whether Sefa had taken any chances in her profession, to which she replied that she had not.

She describes herself as a highly obedient person who dislikes taking risks.

Delay then questioned her directly if she had taken any risks, such as going under the knife.

Sefa replied, “I have not gone under the knife.”

That sparked Delay’s interest, and she began revealing details about Sefa’s surgery, including the nation in which she had it-the Dominican Republic-and the name of the doctor who performed it.

Sefa categorically disputed all of this.

Delay made the revelations in a video broadcast on Instagram.

Appearing on the Delay program at this point is a mental risk.

She entices you in quietly, and then bang!! you are stunned!

The artists, on the other hand, do not seem to mind because that is how they are popular, so it is a win-win situation for everyone.