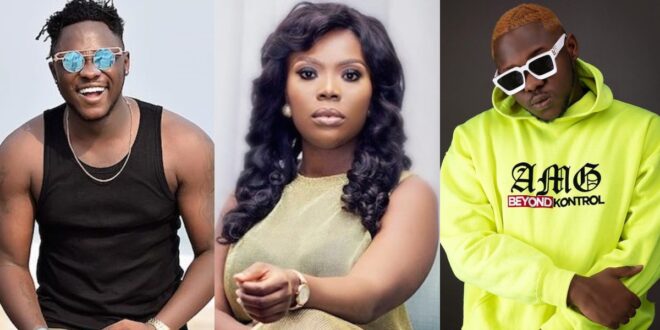 Delay exposes Medikal for lying about his age, he is not 27 as he claims (video)

Medikal, a Ghanaian musician, celebrated his birthday on April 5th.

Medikal and his wife, Fella Makafui, had a great time at a private resort to commemorate the occasion.

He attained 27, according to Medikal.

Medikal, it turned out, has been deceiving everyone.

At the time of the interview, he admitted to Delay that he was 25 years old in 2017.

Isn’t it surprising that Medikal is now 27 after four years of success?