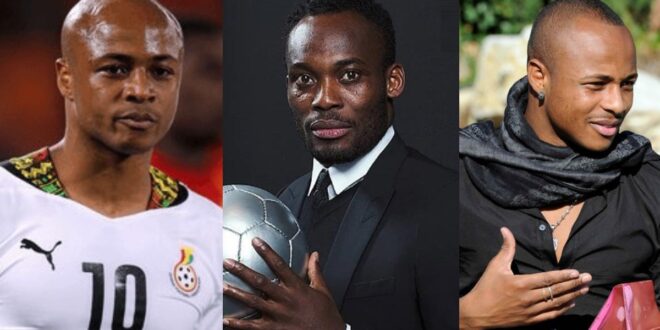 Dede Ayew speaks against Michael Essien and LGBTQ in Ghana

Andre Dede Ayew, the Black Stars captain, has spoken out against former teammate Michael Essien, and has finally spoken out on the issue of LGBT rights in Ghana.

In comparison to Essien, Ayew has opposed the trend and expressed no sympathy towards gay people.

Ayew voiced his criticism to celebrities and well-known figures in Ghana who have supported the procedure.

they should note that we have many rights, but not all of them are nice to practice,” he is said . “In this planet, positive meets negative to achieve something, but if negative can’t match negative, don’t help it,” he is said.

He claimed on social media that he supports their cause, but he later deleted the statement due to widespread criticism.