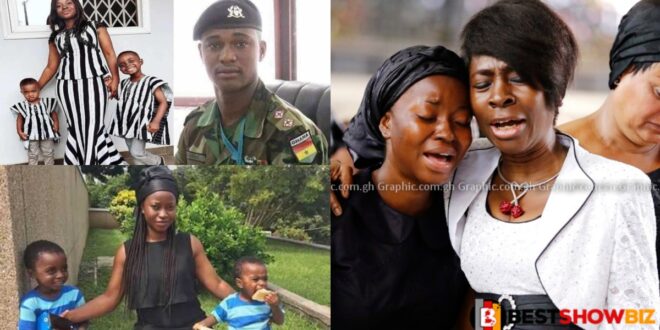 “Dear Maxwell, your boys are growing up, they are doing well”- Barbara Mahama writes emotional letter to her late husband.

Barbara Mahama, as she is well known, posted the remarks on her official Facebook page. The children left behind by her late spouse, she claims, are growing up.

She also stated that the children are doing well and that whenever she sees them, she is reminded of her late spouse.

She goes on to say that one of the children walks and talks like her late husband.

Barbara Mahama adds that, like her late husband, she enjoys listening to the children.

“Dear Maxwell, your boys are growing up, they are doing well. It amazes me the kind of things that can be inherited. Sometimes it’s funny. One walks and I see you in him, the other talks and it’s so like you. I enjoy listening to them just as I enjoyed listening to you. I end up saying to myself “you never went”. Parts of the notes indicated.

She also stated that the late husband is still with the family, despite the fact that it has been four years. Major Maxwell Mahama, she claims, should have been alive to be a part of their lives.

Barbara Mahama noted that her husband died four years ago, and the family is determined to make each day count.