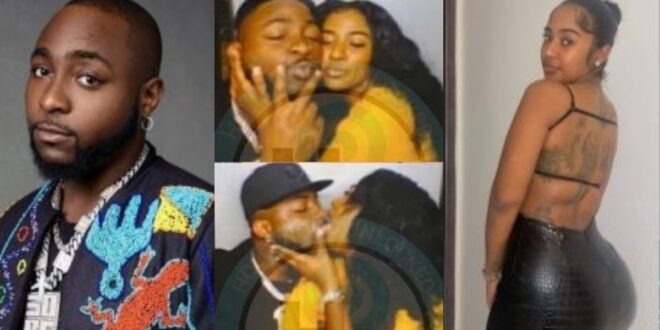 Davido, a Nigerian singer, has once again generated a sensation by flaunting his new girlfriend, Mya Yafai.

The two lovebirds casually locked lips in the air, unconcerned with what anyone might think.

Davido has already shown off his new love, when they were seen chilling in the United States during Davido’s tour.

Since then, the two have become a couple, and they seem to be beginning their trip from where Chioma left off.

Mya Yafia is a model on Instagram. Take a look at the post below and swipe left for more.