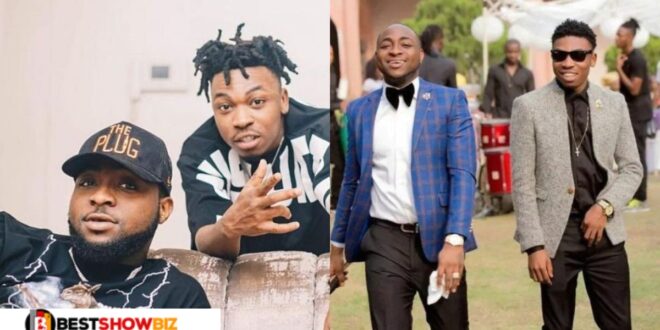 Davido, the popular Nigerian singer and CEO of Davido Music Worldwide DMW, has revealed some of his earliest recollections of his signee, Mayorkun, when they first met.

Davido stated that he was pulled to Mayorkun on their first meeting, and the love and friendship they have developed over the years is admirable.

Davido explains why he signed Mayorkun and how their relationship has lasted over 6 years in an interview with Ebuka.

Davido confessed his feelings for Mayorkun, stating, “I adore this boy so much.”

Mayorkun’s new record label, as well as other fascinating interactions, were revealed. Mayorkun has signed with Sony Music, and all of his new tracks have the Sony Music label.

Read Also  Man cries of been broke after he borrowed Ghc 200,000 for his wedding just to show off.

Over the years, the public has come to know Davido as the rich man’s son who is constantly looking out for his people, lifting them out of poverty and putting food on their tables.