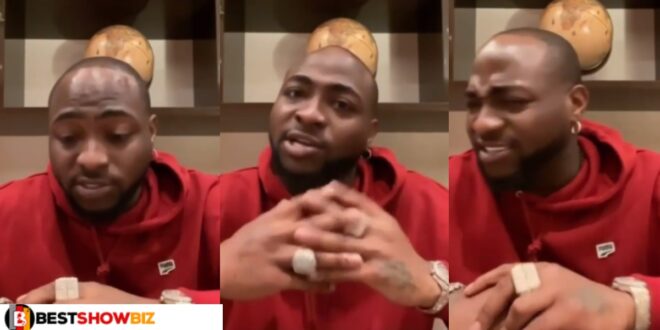 Davido, the multimillionaire Afrobeats musician, has received widespread praise following his declaration that he would donate N250 million to orphans across Nigeria.

The Nigerian-American musician, whose real name is David Adeleke, revealed in a statement Saturday that fans and friends contributed over N200 million after he jokingly urged people on Twitter to give money.

Davido revealed that he has decided to add N50 million to the donations, bringing the total amount to N250 million, which would be used to fund orphans around Nigeria.

He also revealed that he had formed a five-person committee to oversee the disbursement of the monies and that their activities would be made public.

In one post with laughing emojis, he stated that his goal was to raise N100,000 in order to have his Rolls-Royce car cleared from a port.

Following this, a slew of Nigerians, including celebrities and fans, praised the Nigerian artist for his generosity.

Popular Nigerian businessman Obi Cubana and experienced media personality Dele Momodu are among many who have rushed to social media to thank the Nigerian artist for the gesture.

Obi Cubana, one of the celebrities who gave money to Davido, reacted to the singer’s move on Instagram, writing: “Davido donates 250m to orphanages! Do you get what we’re saying? A king is always a king!

“We all rise by lifting one another!” It is not about how much we have, but about having the desire to assist when and where we can! We can all work together to make the world a better place! Thank you, King David, for having a beneficial impact on the world. Thank you very much!”

Other reactions are depicted in the screenshots below.