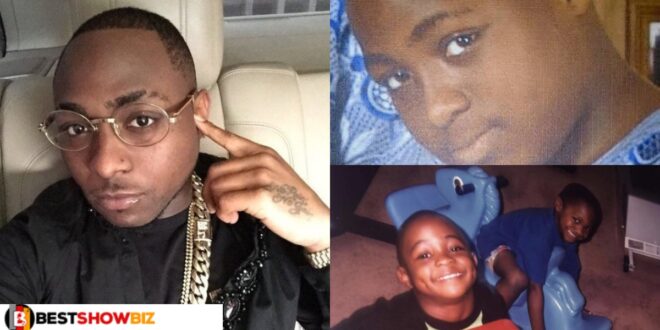 Nigerian musician Davido has gone out for the first time about his father, revealing that his father is one of the most humble persons he has ever met and that he had no idea they were wealthy until he was 13 years old.

During an interview, Davido claimed that his father forced them to live a very normal life, just like any other person, so he couldn’t notice that they were wealthy.

His father, according to him, drove a Honda Civic at the time and made them act like an ordinary family until he was 13 and they moved into their mansion.

He also stated that he was astounded when they moved into the house since he couldn’t believe his father could build such a large mansion.

Davido went on to say that his father is still very modest and humble in the way he spends his money and does his business.