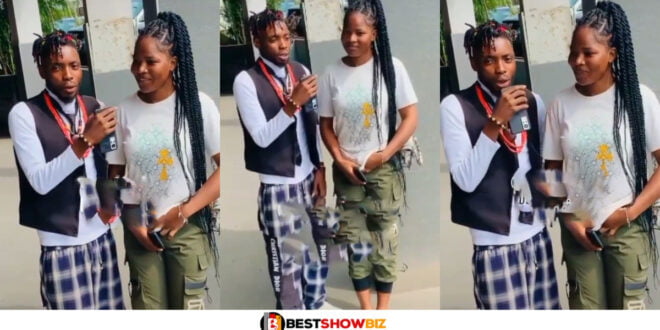 A young Nigerian lady who is rumored to be a gold digger has admitted in public that she would rather be with a scammer than a man from a working-class background.

A woman said in a vox pop clip that acquiring money from a sakawa boyfriend is pretty easy because he can easily send her N50,000, which is equivalent to GHc 1,029, whenever she needs it. She said that this is because sakawa men are known to be very kind.

She went on to say that the situation is exactly the opposite for a man from the working class, who would make an explanation for only being able to provide N20,000, which is equivalent to GHC 411.

She compared dating a person from a lower socioeconomic background to having an Android phone, which she said was inferior to having an iPhone in almost every way.

She admitted that she is one of many women out there who, much like her, has a thing for yahoo boys, which is evidence that she is not alone in this interest.

Read Also  "I have been a side chic for 35 years, I now need a man to marry me"- Woman cries (video)