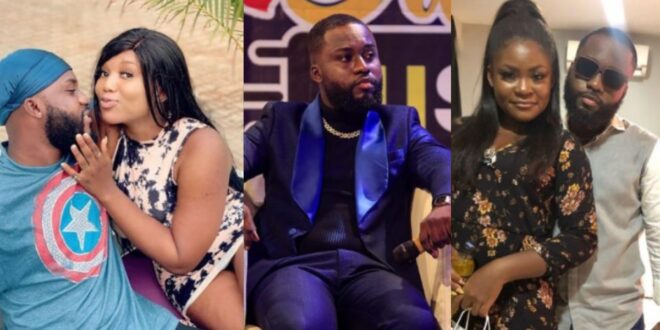 #Date Rush: Ladies fight over Ray during the last Episode of reunion

After a misunderstanding occurred during the discussion of their relationship with their partners, yesterday’s episode of Date Rush almost resulted in a fist fight among the participants.

It all began when Bebelino, one of the boys, accused his date Sandra of secretly contacting and welcoming Ray to her house without telling him. His Appointment Sandra, on the other hand, refuted it, claiming that she only welcomed Ray to her home to assist her in the development of her YouTube channel.

When Ray’s date arrived, there was some confusion. Cecilia asked Ray about his secret visit to Sandra. She also brought up the topic of Ray recording and photographing Bella, one of the female members, in a rather seductive manner.

Read Also  Hajia4Real Goes Too Far, Shows Off The Size Of Her 'Akosua Kumaa' - Photo

However, Ray says that he even participated in a skit with Bella. Ceceilia gave a stern message to Sandra not to text Ray at the end of the broadcast.