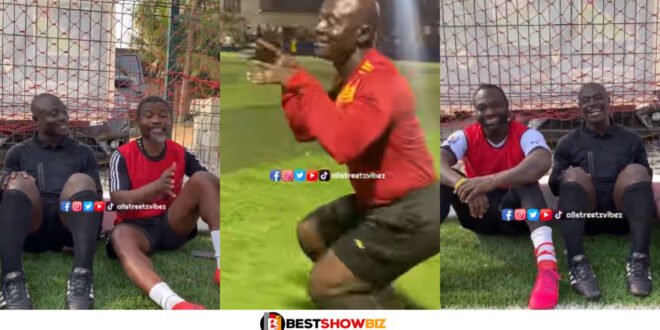 Following his introduction to the world of sports by dancing during games, referee Somo is loving every moment of his newfound celebrity.

In a recent video shared on his fan page, the Chorkor-based referee can be seen in the company of senior national team captain, John Mensah, as well as his teammate, Laryea Kingston, among others.

Ref Somo, also known as ‘The Dancing Referee,’ has developed a large following on social media since his videos first went viral in 2021, earning him the nickname.

During games at the Chorkor Community Astroturf Pitch, Somo entertains the crowd with entertaining dancing skills.