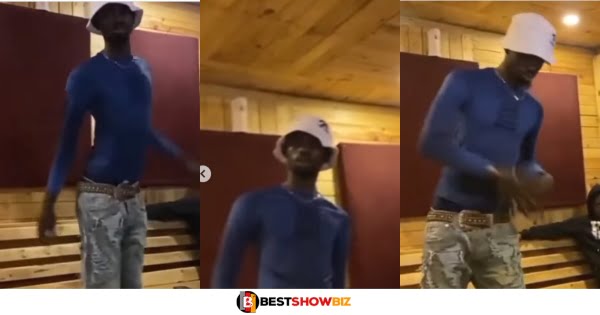 Black Sherif has received direct advice from trolls to focus on his talent as a singer and rapper and never incorporate dance into his public performance.

After the quickly rising musician was caught on camera trying to break out some movements to a rhythm he was “making” in the studio some internet users noticed his jerky movements in response to the sound that seemed to have overpowered him and didn’t waste any time in expressing their feelings.

Most of them claimed that he appeared to have finished downing two bottles of alomo bitters, a highly regarded locally produced alcoholic beverage.