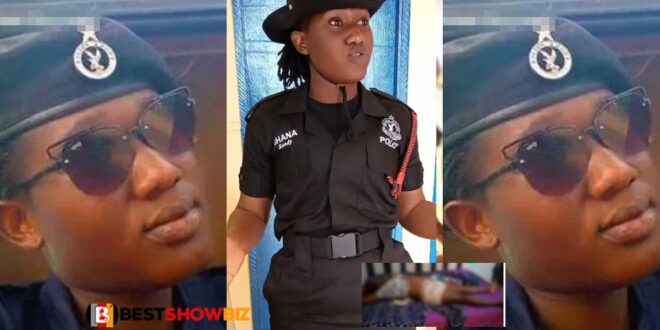 The sad news reaching Bestshowbiz.com is that Constable Sandra Asiedu, a police officer assigned to the Damongo Police Command in the Savannah Region, has died an early death after being killed by her own lover.

Constable Sandra Asiedu was stabbed to death in her own room in Damongo late at night, according to an Adom TV report.

According to a reputable source inside the Police Service who talked to Adom TV, her lover from Obuasi, who had come to see her, may have been the perpetrator of this heinous murder.

The boyfriend of the policewoman, whose name has yet to be revealed, is now wanted by the police.