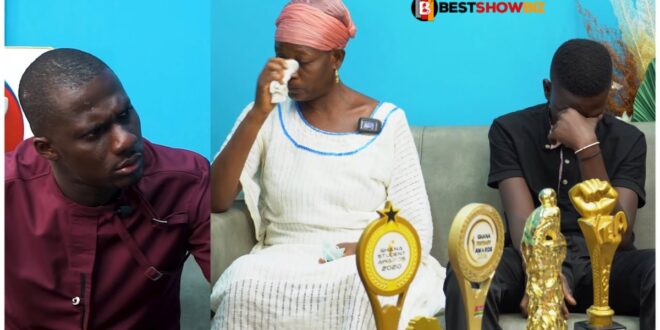 Christiana Teye, a woman claiming to be Daasebre Gyamenah’s baby mother, is appealing for assistance from Ghanaians and the government.

According to the mother of one during an interview with blogger ZionFelix, she became pregnant for Daasebre after he vowed to marry her.

Christian ‘Junior’ Teye, Madam Christiana’s son, was seven years old when the late Ghanaian singer died. However, the late famous singer was detained while outside on suspicion of possessing narcotics believed to be cocaine.

When Daasebre returned after his release from jail in London, he lost interest in her, and their wedding was called off due to their mutual lack of desire. However, Daasebre continued feeding them till he died.

Following Daasebre’s death, she and her son are required to work on construction sites carrying cement blocks in order to earn 40GHC. Mad. Christiana Teye used the Zion’s platform to plead to Ghanaians for assistance.