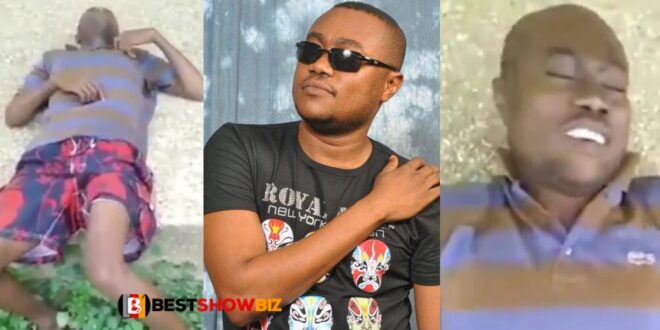 Gideon Darko, better known as Sugar Tone, is currently trending in the media following a sad video of him lying on the roadside all poped up.

The father of music producer Gideon Darko has blamed his son’s present state on the late singer Daasebre Gyamenah.

He made the claims after admitting in an interview that his son’s health was due to his use of heavy drugs.

Sugar Tone’s father made this revelation while speaking in an interview with Sister Sandy.

As readers may recall, a video of the renowned music producer lying on the floor and begging dancehall musician Shatta Wale emerged on social media.