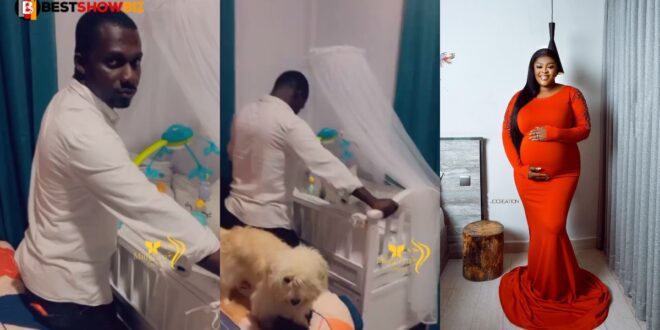 The first video of Adepa, the daughter of renowned Ghanaian blogger Zionfelix, and Mina Lawal of Minalyn Touch fame, has surfaced online.

The baby was shown in the video lying in a large baby crib surrounded by cozy-looking cushions and bedsheets.

Aside from the cot, there was an open Bible, which was most likely being read by someone before the video was recorded.

However, because a pink teddy bear covered the area of the baby’s body, the video did not reveal the baby’s face.

Baby Adepa’s adorable arm, on the other hand, appears to be quite fair, similar to the mother’s complexion in the video.