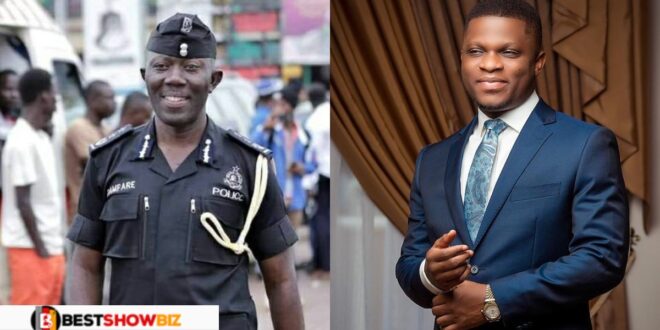 The opposition National Democratic Congress’s (NDC) communication officer, Sammy Gyamfi, has stated that the countless accolades lavished on the present Inspector General of Police, who was acting IGP only a few weeks ago, are undeserved.

According to Sammy Gyamfi, the country needs more time to evaluate the IGP’s work, therefore many of the accolades he has received are undeserved.

“We’ll take some time to evaluate his effectiveness as IGP.” Just that some of the accolades poured on him seem undeserved at times, but we still need to give him time and see how he performs,” he added.

The communication officer for the NDC believes that the country’s most recognized security agencies have taken the shape of integrating and incorporating NPP vigilante elements.

He went on to warn that the country’s security agencies are increasingly losing their trust, and that something needs to be done about it.

“The Commander in Chief, the President, and the Vice President, will have to do more to provide these security agencies with the resources they require to combat some of the emerging security concerns, including robbery.” Robbery has now become a widespread problem.