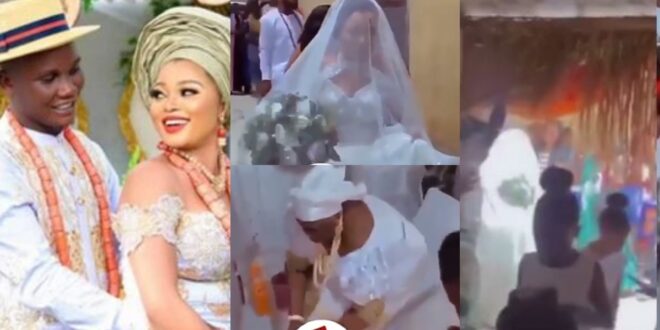 A couple that has yet to be named has made headlines after having their wedding ‘blessed’ in a shrine, which is a dramatic break from tradition.

The pair followed the rudiments of wedding rituals in the video that is currently circulating on social media, but they did so in a shrine where a lot of incantations and other indigenous African religions were enforced.

According to a Facebook post, the couple claimed that they do not believe in Western world religion and that we must return to the ways of our forefathers in order for Nigeria to be better.

Keep an eye on things.