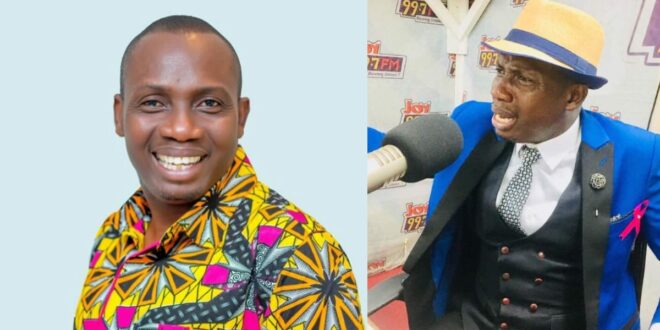 The notorious sex coach and marital counselor seems to be targeting Ghanaian married women recently, as he has ignited yet another controversy about married women saying side chicks getting longer erections from men

According to Counselor Lutterodt, a long-lasting erection may not be caused by a wife, but by a sidechick or an ex-girlfriend.

According to his point, the spouses seem to be doing something wrong when it comes to physical intimacy between husband and wife.

He went on to say that the majority of marital divorces and incessant relationship breakups are triggered by a lack of sexual fulfillment.

He explained that most wives are unable to allow men to have longer erections because most wives nag and make excuses, which destroys men’s appetite.