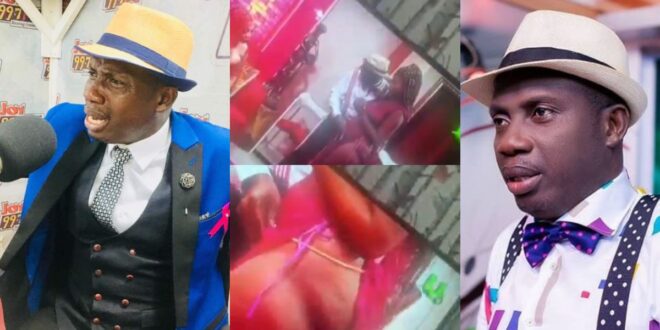 A guy appeared out of nowhere and seemed to know counselor Lutterodt, then proceeded to reveal a dirty secret about him.

He revealed that Lutterodt used to attend the same church with him before he was unexpectedly sacked one day.

According to this guy, Lutterodt, who was the choir leader at the time, dated about five girls, had a relationship with them, and forced them to have abortions when they were pregnant.

the allegations has finally received a response from Lutterodt.

He claims that any nonsense the man is promoting is false.

He claims this isn’t the first time he’s been accused of something.

He has requested that no one pay attention to the propaganda.