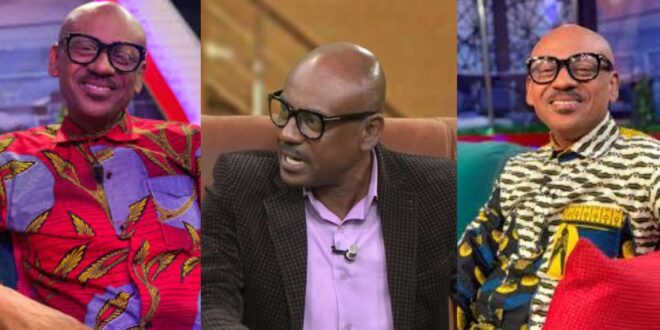 Sensible pastors will never advise sleeping with a woman before marriage, it will ruin your life – Counselor Adumata

Popular marriage and relationship expert, Counselor Kwaku Adumata, also known as Uncle Adumata has hit back at Apostle Kennedy Afreh Poku for saying that men should sleep with women before marriage.

Apostle Kennedy Afreh has encouraged young men to taste every woman they meet before they marry them claiming the act is not a sin before God.

in his view, the part of the bible that says, ‘He who finds a wife…’ means man has to find his own wife and not that God will find a man a wife, therefore, a man needs to taste a woman to see if she is his wife before he gets married to her.

Read Also  Meet Andiswa, The 16-Year-Old Model With The Curves Of An Adult (Photos)

well, in a reaction to this, Uncle Adumata has discouraged the act of sleeping with a woman before marrying her saying such acts ruin the life of the couple.

he said no sensible pastor will preach and encourage s3kz before marriage since it’s a sin before God.

“Sex before marriage is a great mistake and has consequences. It leads to divorce, mistrust, and misunderstandings. It breeds suspicions, fights, and unnecessary jealousy. If you are a true believer, you will not entertain sex before marriage”.