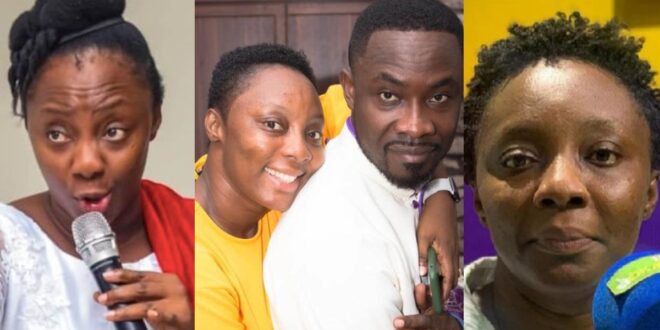 Counsellor Oduro is being criticized on social media for urging women to stay in abusive relationships.

Counselor Charlotte Oduro, a marriage and relationship coach, is having issues with Facebook users.

They are chanting for her to be barred from appearing on any stage because she is harming more people than she is helping.

Many Facebook users believe she is to blame for the breakup of many relationships.

Counselor Oduro has dropped a lot of thoughts that don’t sit well with a lot of people since she arrived on the scene.

The most recent event that has forced this upon her is her suggestion that wives should pamper their husbands if and when they cheat on them in order to save their marriage.

As a result, they have demanded that she not be allowed to come on any television or radio channel to utter her nonsense.