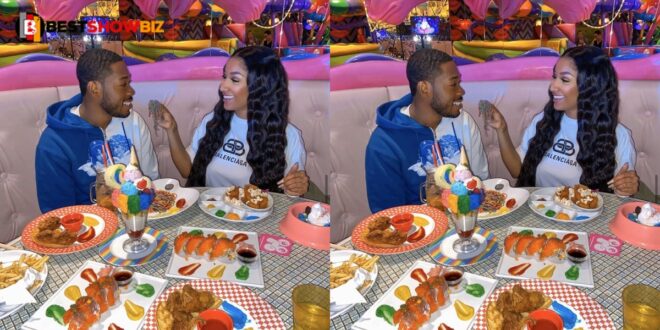 “Continue chopping my money, one day i will get you to chop you hard”- Man tells lady spending his money (audio)

When men spend money on women, they frequently expect s3x in exchange. However, after allowing the man to spend a lot of money on her, some women devise clever ways to avoid s3x.

This was the case of a young lady who let a young man lavish her with gifts but refused to see him at his home.

According to the man in the tape, he has spent a lot of money on the lady, but she has refused to let him slice her. She continually comes up with one reason after another to avoid meeting him for s3x.

He decided to send her a harsh warning that if he ever gets his hands on her, he will not allow her honeypot breath. He vowed to cut her till she couldn’t find her honeypot.

Listen to the funny audio clip below;