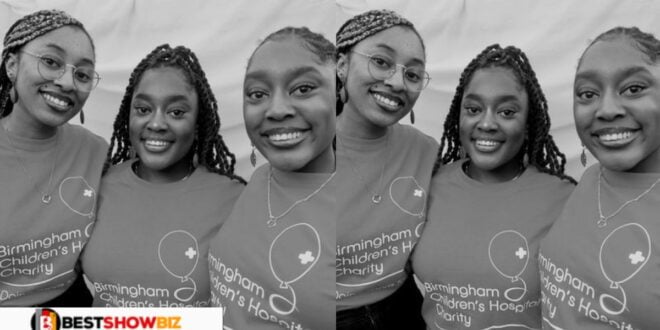 Conjoined twins that were separated as newborns continue to sleep as though they are still joined together.

Sisters born conjoined at the spine say they still sleep together 20 years later.

At three months old, Eman and Sanchia Mowatt had surgery to separate at Birmingham Children’s Hospital.

The groundbreaking 16-hour procedure, overseen by late neurosurgeon Tony Hockley, has only been done twice before in the world.

Their parents chose surgery despite the fact that the sisters had a five to twenty-five percent chance of survival and a possibility of paralysis.

They remain “very close” after two decades. They both believe that being separated was the best thing for them both.

“We occasionally sleep in the same posture as we were conjoined,” Eman told The Sun. We’re squishy.”

They were “quite different” yet “always” loved being around each other.

They both agreed that being separated allowed them to live distinct lives.

Spina bifida causes back pain and difficulty walking in both sisters.
Eman utilizes a wheelchair or crutches to walk, while Sanchia also uses a crutch.

Despite their health difficulties, both admit they have progressed beyond their doctor’s expectations: walking was a “miracle” for them.

Conjoined twins are extremely rare, occurring in around one in 200,000 births. They didn’t realize “how big” their narrative was until they were older.

Friends would question, ‘Why are you on TV?’ Are you famous?’ and we would tell them we were born together, which I think stunned them.

Eman and Sanchia want to raise £10,000 for the Children’s Hospital as a “proper goodbye” before moving into adult care.