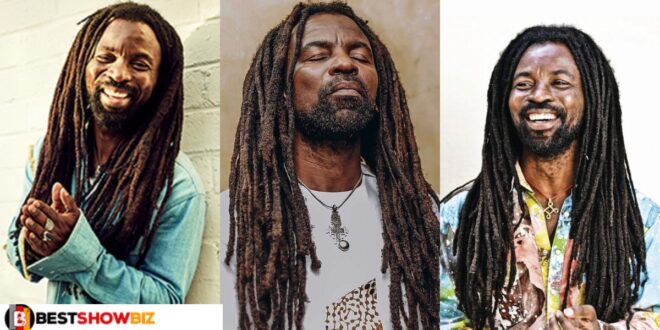 Rocky Dawuni, a Ghanaian reggae superstar, has made the country proud yet again by receiving nominations for the 64th Academy Awards.

Rocky Dawuni’s 2020 EP, the Voice Of BunBon, Volume 1, has been nominated for a Grammy Award in the Best Global Albums category for the 2022 Grammy Awards.

He’ll be competing against talented musicians like Angelique Kodjo, Daniel Ho, Wizkid, and Femi Kuti are examples of African musicians.

It is a fantastic opportunity for Ghanaians, who have been waiting for a Grammy nomination and award since Burna Boy was nominated twice and won last year.

Some brilliant Ghanaian talents have been compared and trolled for not receiving any Grammy nominations in their music careers, but we’re confident that this will change now that Rocky Dawuni has done it twice.

This is the reggae artist’s second Grammy Award nomination, with his first coming in 2015 with the album Branches Of The Same Tree.