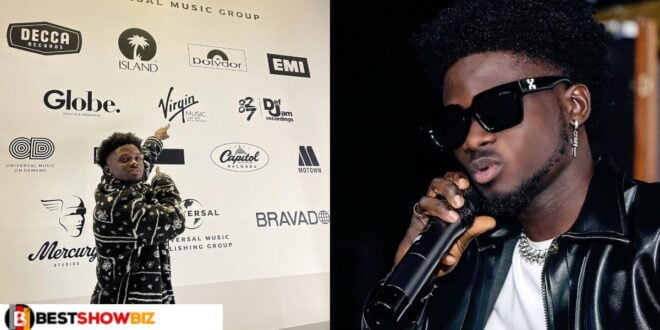 Congratulations: Kuami Eugene is about to make some significant moves with Universal Music Group.

The afrobeat sensation Kuami Eugene has been sighted on the move and has revealed some serious movements on Universal Music Group.

The multinational music corporation is regarded as one of the best in the world, and it owns a number of recording labels.

Kuami Eugene’s most recent post, as mentioned in the description, showed that he was on the move.

Kuami Eugene has had a lot of hits since his debut in the music industry, and he has helped a lot of musicians, both old and new, have hit as well.