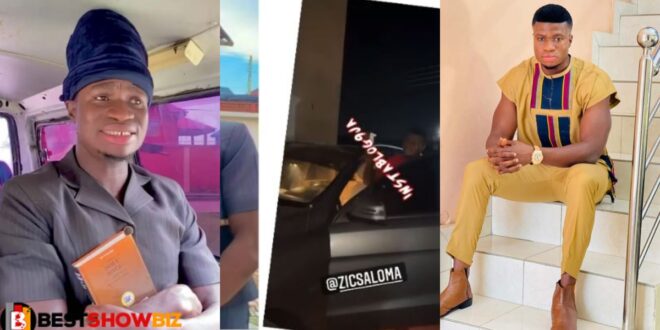 Aloma Issac Junior, better known on Instagram as Zics Aloma, has been rewarded for his hard work with a brand new Mercedes Benz.

The comic has become one of the most sought after comedians on social media after quitting a teaching position to pursue a separate endeavor that no one saw coming.

After his colleague comic, Ada Jesus, broke the news first on her page, Zics Aloma took to Instagram to announce the news, reposting a video of his new whip he added to his immaculate garage on his Insta story.

Read Also  "I don't care if my husband cheats, I only pray for my marriage to be safe"- Mercy Aseidu
Share