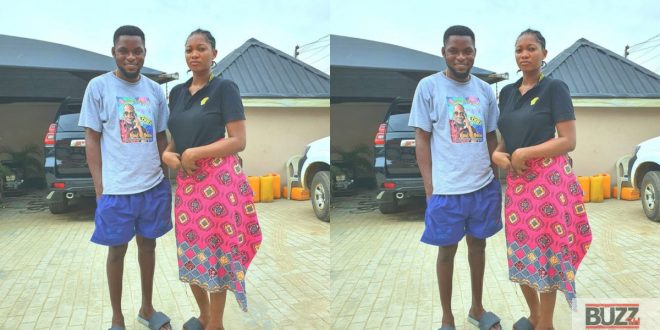 Comedian, Mark Angel Persists Not To Marry The ‘Village Girl’ His Mum Brought To Him – Screenshot

Popular Nigerian comedian Mark Angel has disclosed that he will not marry the village girl his mother brought to him in the city to marry.

according to Mark Angel who announced a few days ago that his mother has brought him a fine good looking village girl to marry, he will not marry her again.

for his reasons, Mark Angel says the ‘village girl’ whose name he didn’t reveal has started taking pictures here and there and has started making friends in the city which he can’t cope with that.

sharing the photo of his ‘village girl’, Mark Angel wrote;

“See this village girl that my mum brought home… she has started snapping picture o. She have even have city friend. Is like I will not marry her again o”