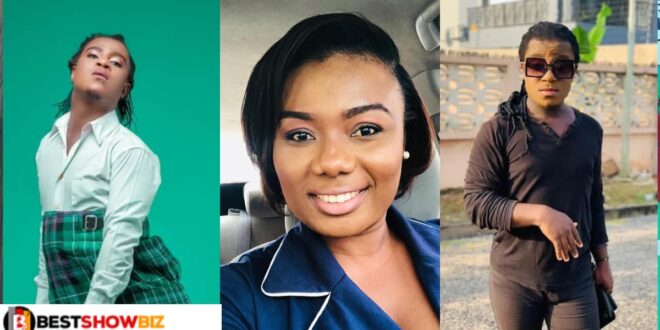 Come and marry me, i can cook and clean the house like the man you want” – Bridget otoo gets a proper suitor.

Ghanaian actor Ebenezer Forson has urged renowned television star Bridget Otoo to come and seek his hand in marriage, stating that he is capable of a great deal as a husband.

Ebenezer Forson claimed in a self-recorded video that he could easily become a ‘house-husband’.

According to him, he is capable of cleaning and cooking any meal possible, making him the ideal candidate to play the part of Bridget Otoo’s spouse. He continued by stating that he would be happy to go down the aisle Bridget Otoo

“Madam Bridget Otoo of Metro TV, newscaster, I would like to say that for me I can cook. I can clean 24/7. Please come and pick me, I am the right person. I will marry you. I will do everything for you,” Ebenezer Forson was heard saying.

The actor’s remarks come in response to an open application Bridget Otoo made to the public, stating she desired to marry a Ghanaian guy with cooking ability.

She revealed this on Twitter, emphasizing that the aforementioned man must be capable of cooking and cleaning the house “24/7.”