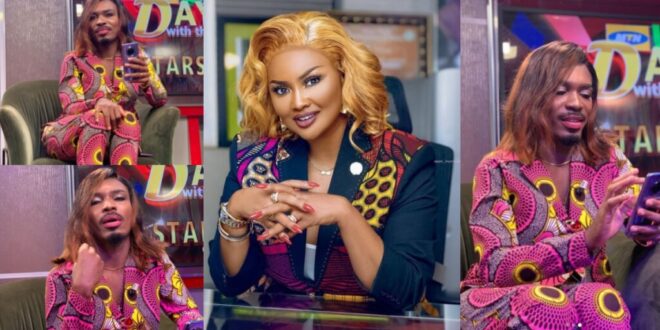 the actor this time was spotted acting like actress and TV show host Nana Ama Mcbrown on live TV.

the comedian made the show so beautiful and enjoyable and how he possed and acted like mcbrown was so surprising.

Suarez is actually blessed with acting exactly like other people and he nailed Mcbrown’s part on the show.

watch his video and photos below;