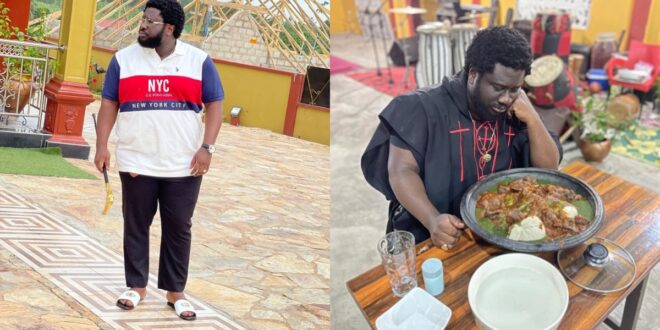 Prophet Kwabena Asiamah, the Founder and Leader of the Universal Spiritual Church, also known as the Ajagurajah Movement in Ghana, has stated that there is a significant difference in the notion of Godhead.

He is well-known for making a number of provocative remarks, and one aspect of his personality that many people admire is the food he provides for his church members.

Apart from that, he is a really attractive and bright man. His intellect may be determined by the way he speaks and discusses the scriptures with numerous facts and proofs that only a few people are aware of.

the self-acclaimed man of God has been spotted consuming a full bowl of banku in new photos which have gotten his fan shocking.

below is his photos;