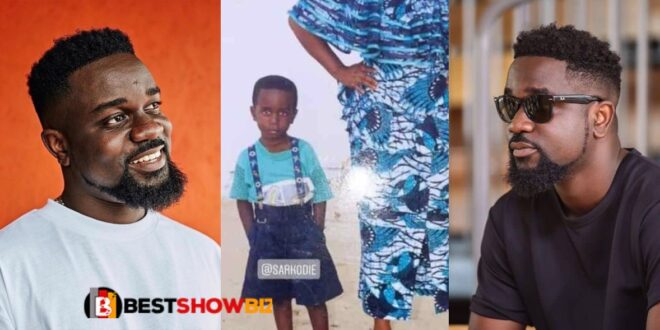 Childhood photo of Sarkodie in the 80’s surfaces

Sarkodie was photographed rocking a sea blue t-shirt tucked into blue denim shorts and braces to keep it in place and a brown sneaker and pink and black striped joyful socks completed his ensemble.

It can be seen in the shot that King Sark’s attitude and stance in photos were still prominent even when he was young.

Sarkodie, his brother, and a woman assumed to be his mother were captured in the photograph.